While some wealthy people undoubtedly do give away more, a lot of thinking on millionaires is driven by Stanley and Danko’s The Millionaire Next Door. The Stanley and Danko piece is one of the most popular books in personal finance ever, but there are serious problems with their data.

For example, Stanley and Danko surveyed a number of high net-worth households to find out how they became rich. However, only 20% of the people they surveyed answered their survey. This percentage is really low and begs the question of if the millionaires in their book are a good example of all American millionaires.

Not only that, other authors who have studied millionaires find they are defined by their stinginess (that is they don’t give anything much at all)! Specifically, Vance Oakley Packard writes on this in The Ultra Rich.

I find the stinginess argument more compelling. While giving to charity may have tax and social benefits, the mathematics of building wealth suggest that maximizing one’s holdings in business or investments is a more functional way of building and retaining wealth. Think about it, if you give away 10% of your income are you going to become wealthy more quickly or more slowly? 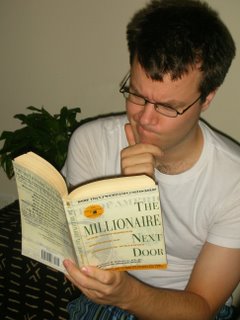