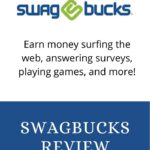 Swagbucks is a website that allows you to earn points (Swagbucks) for online activities. The points can be redeemed for gift cards or cash. I've been using Swagbucks on and off for six years. If you haven't been using this site to earn a bit of extra money, you've been missing out, as this Swagbucks review will demonstrate. … END_OF_DOCUMENT_TOKEN_TO_BE_REPLACED

Marijuana can be used to treat a number of different conditions. It's not uncommon for people who suffer from PTSD, anxiety, depression, seizures and chronic pain to turn to cannabis as a way to help alleviate their symptoms to get their lives back on track. When it comes to actually using marijuana, people in New York can easily obtain their medical card online. They can do … END_OF_DOCUMENT_TOKEN_TO_BE_REPLACED 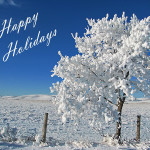 Hello All, For all our readers, we wanted to let you know how much you are appreciated.  Best wishes for a wonderful holiday and a happy new year!   … END_OF_DOCUMENT_TOKEN_TO_BE_REPLACED

We all know that paying bills isn't sexy or fun, but it is part of having a healthy financial life. Everyone pays their bills differently, but I'd argue that the more steady your strategy is the better. Most of us have some kind of system in place, but it's always good to take a look to see if everything is working. Some questions to ask when developing your bill pay … END_OF_DOCUMENT_TOKEN_TO_BE_REPLACED

Although roughly 40% to 50% of marriages end in divorce, data shows that younger couples are less likely to split. The same cannot be said, however, for couples who are over 50. In fact, the rate of divorce among those in middle age has doubled since 1990, according to the National Center for Health Statistics and the U.S. Census Bureau. Among seniors over 65, the divorce rate … END_OF_DOCUMENT_TOKEN_TO_BE_REPLACED

Back in 2015, I moved from Washington, D.C. to Portland, Oregon to be closer to family. After moving, I gleefully discovered that you could legally own firearms and hunt in the state. This wasn't something that could be easily done in the District. … END_OF_DOCUMENT_TOKEN_TO_BE_REPLACED

Minimalism is a lifestyle choice. Meaning it is a personal decision you make on your own. And by making it, you’re likely to come up against some people who don’t understand your decision, don’t take it seriously, or outright are against it (though I’m not sure what it is to them). But what can make the road to minimalism particularly challenging is if you choose to be a … END_OF_DOCUMENT_TOKEN_TO_BE_REPLACED

The financial services industry has established a study growth in the past few decades. So, it has become a very important factor to get established in the market in order to gain a competitive edge over other investment firms. Now, let us give a look at some interesting marketing ideas that would work well for your investment firm. 1.Build in budding relationships … END_OF_DOCUMENT_TOKEN_TO_BE_REPLACED

File this under: watch to improve your basic investing knowledge. I was in the office this morning listing to some videos on finance while I worked on a project and I came across this nice little piece by William "Bill" Ackman.  Ackman is the CEO of Pershing Square Capital Management LP. He's also a controversial activist investor and hedge fund manager. Whats great about … END_OF_DOCUMENT_TOKEN_TO_BE_REPLACED