Skip to content
Home
Couples
Why Does Marriage Build Wealth? 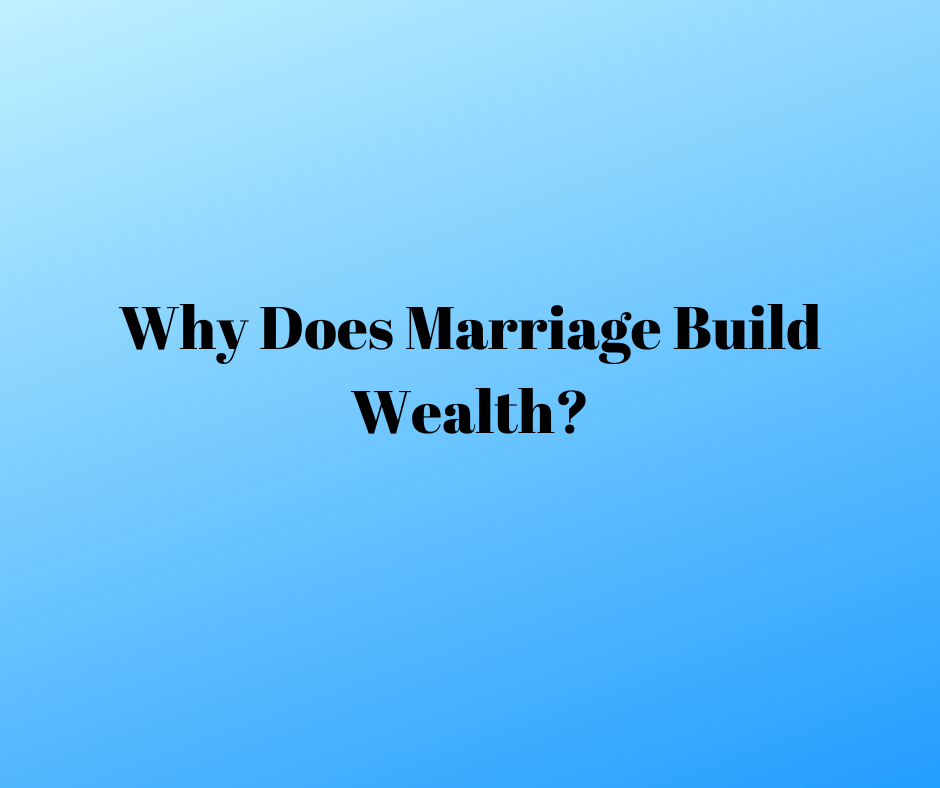 Married people are richer. If you read much personal finance literature, you’ll have learned this by now. While it’s an interesting observation, what’s more interesting is why this is.

Speculation has involved a variety of topics:

1) Economies of Scale: In married households, there are economies of scale. Basically, its more efficient for two people to live together than for a single person alone.

2) Personality: Married people have personalities which are more conducive to building wealth. For example, if you’re a looser, an idiot or flaky it’s less likely that you’ll both get married or build wealth. In other words, it might be that married people are richer simply because they have personalities more conducive to building wealth (e.g. they aren’t losers).

3) Expectations and Lifestyle Changes: Society values marriage. It might be that after people become married, they change their behavior to meet social expectations. As their behavior changes, they become more responsible, save for the future, etc. It may also be once married, couples receive more financial support from relatives, etc. Basically, marriage makes your get your act together.

Personally, I think the reason why married results in greater wealth is probably due to some combination of the three topics.

Perhaps whats most important here is how huge of an impact marriage has on wealth. There is a great study by Ohio State researcher Jay Zagorsky on this from back in 2005.  He found that married people are something like 77% richer than singles.  I’ve read the Zagorsky article. While it’s important, one should remember that it’s not exactly a new finding. Sociologists have known that marriage builds wealth for years.

If you’re looking to seriously understand why marriage builds wealth, you might consider reading Lisa Keister’s very good The Case for Marriage.