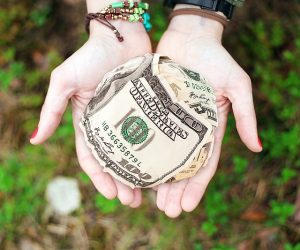 Success is always associated with wealth. Although you can be successful without becoming wealthy, most people who struggle financially consider financial independence as success. If you really want to succeed, clean up your finances and make an educated decision as to what kind of loan will take you on that path. Considering personal loans also known as signature loans, like signature.loan recommends, can lead you to that goal of reaching financial success.

On the other hand, success is built on specific habits that are common traits of many self-made wealthy individuals. Regardless of your financial status today, you are likely to become wealthy and successful if you posses the right qualities. If you don’t have these qualities yet, it’s time you start developing them now.

Today, we will be going over these habits that foster wealth and success. Let’s get started!

Just like architects, wealthy people have their own blueprint of their future. They know exactly what they want, so they know what they need. They plan their goals carefully.

Once they are in the building process, they do not compromise their plans. They are open-minded, but they are determined to prove they’re on the right track.

When they are down, the more they become eager to move forward because they know that moving forward is the only direction left. That’s how they think, so they do not give up easily on something, especially on achieving a goals.

Most unsuccessful people are the ones who have a lot to say. They are good at reasoning out. These are the people who keep on complaining about many things.

Meanwhile, wealthy people talk less as they keep thoughts to themselves. They want their results to speak louder than what they would say. They will not tell you “this can be done.” Instead, they will just do it and show you how.

Wealthy people are not interested in getting along with negative people. They are not comfortable hearing expressions, like “I hope so,” “That’s impossible,” “I am not sure,” and so on. The people they want to be around are positive people who are passionate and enthusiastic about what they do.

It’s no secret to everyone that procrastination is one of the many obstacles toward success. For wealthy people, time is of the essence as they consider time as a precious commodity. Instead, they increase time’s value through organization so that it’s properly utilized. This is why their own rate, they set for themselves is much higher than other people in the workplace.

Everybody knows that working hard is the key ingredient to success; however, many people simply don’t do it in reality. This habit is not a secret as all you have to do is apply it in business. Wealthy people work hard, but they schedule out their time accordingly.