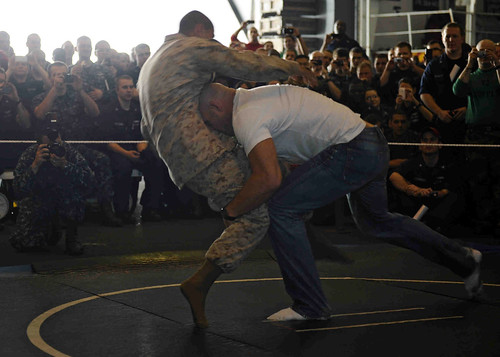 Good morning Dinks. Today we are discussing a topic that has been in the media a lot lately, but also a topic that many of us contemplate on a daily basis.  So let’s get right into it, let me ask you the ever burning question – do you feel you are paid what you are worth?

If you have a skill shouldn’t you be able to milk it for the biggest paycheck that it’s worth? I guess the question to ask is what is your skill worth? If you can throw a ball into a hoop, tackle your opponent, outrun the other team and shoot a puck into a net does that automatically mean that you are worth millions? I can’t honestly say that the answer is yes. Besides, who’s to say that a sports stars skills are more valuable than my skills as a financial planner?

Maybe your self-worth as an employee is determined based on the amount of sales that you generate for your employer.  If a star athlete signs endorsement deals with major sponsors, sells sports fan gear and attracts thousands of ticket-buying fans are they worth more than an athlete who is just good at his job?

The other side of the coin

If you are an avid sports fan maybe you think that sports stars are worth the money that they are paid, but if this is true why do management associations try to enforce salary caps? NFL contracts do not guarantee a player’s salary if they get injured, however NBA contracts do offer a salary guarantee, so what does that say about each sport?

A guaranteed salary is a way for a sports franchise to ensure their players return to the hardwood, the ice or the field after their recovery and continue generating money in the form of ticket sales and fan gear.  At the end of the day money is a motivator for sports stars to return to work.

What would you do with your money?

I once read that Shaquille O’Neal has never touched his actual NBA salary, he lives entirely off of the money that he earns from his endorsement deals.  If you have enough money to live, should you really be negotiating a bigger salary? Some people say no, the minimalistic mentality is that if you don’t need it to live then it is a waste, does that same philosophy also apply to money?

I am sure that sports stars feel they earn every single penny they earn, but they also have to realize that they are selling an image.  Even if you have millions, money should never be taken for granted because Sprite endorsements and Nike sponsorships can be just as easily taken away when bad press and immoral accusations hit the media.

Do you think that sports stars should be making millions?

Photo by US Navy