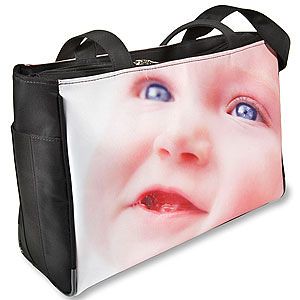 This past week my boss told me that he is about to have another child.  After this child is born he will have 3 children, all under the age of 6.

I couldn’t help but think that his life is my biggest nightmare. I am only 2 years younger than him and I can’t imagine having to feed, clothe, take care of and provide shelter for 3 other people.  Maybe I am selfish, maybe I am a coward, or maybe I just don’t want to have children because of the financial cost.

I went on a coffee break with another woman in my office who is also my age; she has a 3 year old daughter named Mandy.  I offered to pay for her coffee, which I feel was a nice gesture on my part. However, my reasoning was less than polite. While offering to pay for my co-workers coffee I said “I can pay for your coffee because I don’t have a mortgage on a house in the suburbs and a child to feed.” I definitely did not mean to offend her, and I don’t think that I did.  But for some reason, I can’t stop thinking about my comment and her reaction.  She replied “Just because I have a kid doesn’t mean that I am poor.”

I started thinking about her reply and why I always assume that people with kids are broke.  I guess it is because people who have children have all kinds of additional expenses that we as DINKS do not have.  DINKS don’t pay for ballet classes, we don’t have to buy sports equipment, and we don’t have to save for college tuition.

When I reflect on my childhood I still don’t quite understand how my parents could afford to have two young children when they were still so young themselves.  My sister Tara Marie and I were not deprived children by any means.  I grew up in a 4 bedroom 2 bathroom house with a pool and a big back yard. We had 2 cars, 2 kids, and a dog named Sasha.  Tara Marie and I are both University educated.

Every year we took at least one family vacation, and we always had every new toy on the market.  We actually had a toy room that was full of Easy Bake Ovens, Books, Play-Dough, and a Barbie Dream House.  Both Tara Marie and I were in Girl Guides, and every year we went to Summer Camp.  Both of my parents worked, but I can’t imagine how they could afford all of that while each of them was earning $40,000 to $50,000 per year.

DINKS don’t have kids, and we aren’t budgeting for, or planning to have children.  As a DINK I budget to spend some of my money on myself, and I plan to save the rest.  I don’t even want to think about the cost of having and raising a child.  If you got pregnant, and were expecting an unplanned child what would you do?

Since I turned 30 last October, I have been thinking about having a child.  As mentioned several times before, I don’t see myself as a mother but I don’t want to regret not having a child later in life.  If by some miracle I did get pregnant I am not sure what I would do.  On one hand, I would have to think that a force stronger than Nick and I wanted us to have a child.  But on the other hand, I wouldn’t want to raise an unwanted child.