For those not in Portland, Oregon, here is the view from my balcony this morning around seven AM.  Oregon is on fire.  The haze in the air is heavy smoke from wildfires in the Cascade Range mountains. 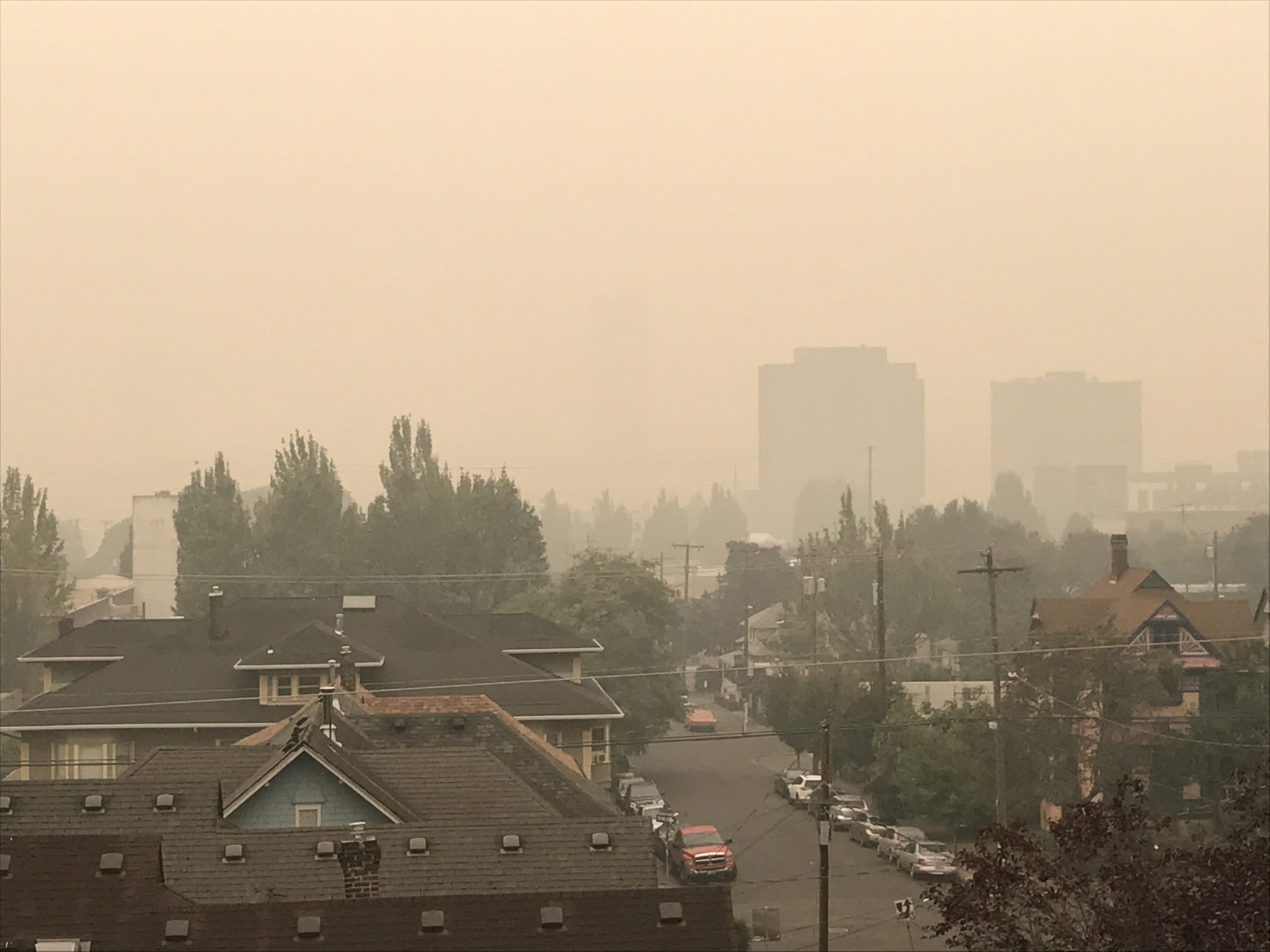 News from the Pacific Northwest isn’t always on everyone’s agenda, so to give you a sense of whats happening – its BIG.  Oregon is on fire.  Per the NY Times, There are at least 500,000 people under possible  evacuation order in the state.  This is roughly 10% of the state’s population.  Fires have burned something like 900,000 acres this year – more than twice the average.

One thing is for sure, putting out the fires will be very expensive.  According to the US Forest service the Federal cost of fighting fires in 2017 was $2.4 Billion dollars (1).  Last November, the Oregon council in charge of wildfire response put the direct costs of fighting fires at $500 Million per year, with indirect costs at 11 times that figure (2).