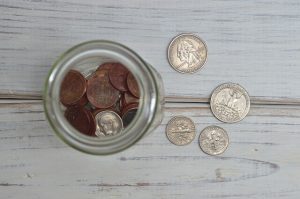 More and more individuals are finding what is commonly referred to as ​a “side hustle” or an extra way to make some cash. Some drive for a company like Uber, others walk dogs or babysit, and then there are paid surveys. Answering a few simple questions to make a few extra bucks sounds simple and pretty easy to do while watching the evening news, but are these surveys worth your time?

Plenty of sites across the web are weighing in with their opinions, like SurveysWonk’s review of SwagBucks, but this article will focus on paid surveys as a whole. So, how much can you really stand to make for a small chunk of your time?

Now, recent studies have shown that an average American feels that he or she is underpaid for his or her hard work. So, your time is probably worth more than the number on your calculator screen. When it comes to finding out if surveys are worth your extra time, we’ll use the number you found, though.

While plenty of surveys offer a dollar or less for a few minutes of your time, the real question is how much a handful of those surveys pay out per hour. Let’s say that one of these questionnaires pays one dollar and takes five minutes to complete. After some simple math, an hour’s worth of these five minute surveys comes out to $12.

In terms of wages, $12 an hour isn’t too bad for just filling out some surveys. Right? Even taking three extra hours a day to complete a few of these from the comfort of your own home comes out to a nice $1,080 extra in your bank account each month.

Now, before your eyes turn into comic cartoon dollar signs, there’s usually more to it than just that.

​A True Measure of Time​

A more realistic model for earnings is a dollar for around 15 to 30 minutes of your time, depending on how fast you can answer questions, your internet speed, and varying pay from different companies who post the surveys. Even at a rate of one dollar for ten minutes, that drops your $12 an hour earnings to $6 or $540 a month.

There are companies that pay upwards of $50 a survey, but these require strict rules for qualification instead of allowing you to take all the couple minute long $0.03 surveys you can handle. Other surveys might net you a free product to test out, which can also be beneficial if you enjoy that kind of thing.

Looking at a true average for how much someone can generally make through paid surveys, the outcome is somewhere between $30 to $60 on low paying sites. Sites like SwagBucks and Inbox Dollars pay out a little more, which can push those earnings up to $100 to $200 a month. Again, this is all based on only a few extra hours of your time each day.

​Are Paid Surveys Really Worth It?

That’s up to you. If you don’t mind answering some questions while watching TV in your slippers at home for an extra $50 or $100 a month, then why not make the extra cash? Even a little extra cash each month is worth the time you probably would have spent scrolling through your news feed anyway.