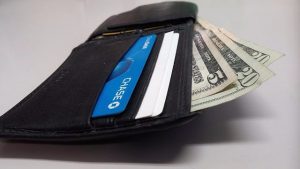 Good morning Dinks.  I just got back from another business trip and as always I met some interesting people along the way.  I’m not sure what it is about me – maybe it’s because I’m chatty – but I always meet unique people with a one of a kind story when I travel.

One time I was sitting in front of a man and a young girl who didn’t know each other.  During the four hour trip he bought her two drinks and asked for her number – just like that out in the open where everyone could hear.  By the end of the trip she was sitting alone and he was in another seat at the back of the train.  No joke.

I always meet interesting people, including these two men

During this trip I was seated across the aisle from what I assumed was a father and son, or maybe it was two business partners.  They were travelling from Montreal to Toronto for the day for some type of important client meeting.  Along the way they used words like infrastructure, business plan, corporate strategy and profit margins, so they were partners in some type of start-up business.

About an hour into the ride the older gentleman realized he lost his wallet.  He searched the train frantically and asked the stewardess (is that what they’re called on a train?) to call the train station to see if he left it at the departure gate.  When she came back and told him the wallet had not been found he went into complete panic mode.  His colleague/son tried to reassure him that he must have left it in the car back home, but the older man wanted to hear nothing of it.  All he wanted to do was find his wallet.

But then they accused me of theft

As a financial planner I felt obligated to shed some light on the subject.  I politely interrupted their conversation and advised him to contact his bank as a starting point.  Not only did they not appreciate my act of kindness they actually accused me of stealing the wallet.  ME!

As the older man rambled on about the blank check he had in his wallet as well as the credit cards and cash, the son said “The best defense is a good offense.  You took the wallet.”  Are these two guys serious?!  Trust me this really happened, I couldn’t make it up if I wanted to.

So I decided not to help them

I lose things all the time and I would have been happy to help these two distraught gentlemen search for the wallet, but not after being accused of stealing it.  If they would have asked for my help I would have told them losing your wallet is a complete nightmare, but it’s not the end of the world.

The first thing to do is stay calm.  When your mind is in a frenzy you can’t focus, let alone think straight to retrace your steps.  The second thing is to contact everyone you were with that day or places you visited to see if someone found the wallet.  If it’s still missing you have to contact your banks and credit card companies to check transactions, cancel the cards and order new ones.

Yes that’s what I would have told them if I wanted to help out.

Photo from I’d Pin That