Good morning Dinks.  So many times here on Dinks we have talked about how people with no kids work harder at the office because we don’t have the time commitment to rush home to and how childless couples are seen as being selfish in the eyes of society.  But maybe this isn’t so true anymore.

Dinks may be the norm, worldwide 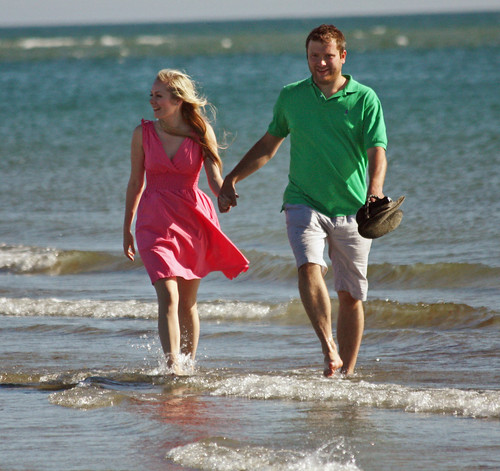 According to a recent survey released by Quick Quid there are more and more homes in the UK choosing not to have kids.  In 1961 the average household had 3.1 people and in 2011 that number decreased to 2.4 people.  This trend may be due to the fact that couples (and singles) are choosing to remain childless to focus on their careers and their lifestyle.  In 2011 57% of UK households were made up of childless singles and couples without kids.

So why are couples choosing to remain childless?

Some people feel that the choice not to have children is completely selfish, but I disagree.  The decision to remain childless is a personal choice and some couples –myself included – just aren’t ready to have kids.  However, even if the decision not to have kids was selfish, aren’t all personal decisions just a little bit selfish?

When you don’t have kids your life is more flexible.  You can travel more often, you can eat out with friends and you don’t have to stick to a fixed schedule – if you don’t want to.  But then again, the same thing can be said about having a pet.  Having kids is definitely a restriction on your life, but at the same time it can also bring a lot of joy – so I’ve heard.

Why should you have kids?

One of my closest friends just gave birth to her first child last week, a little baby boy.  Actually I shouldn’t say that because he was not very little, her son came two weeks late and he weighed 10 lbs. 7 ounces.   That’s a really big baby.

My friend is 35 years old, she just had her first baby a week ago and she already wants more kids.  My friend never wanted kids; they just weren’t in her plans.  But then she fell in love, got married and now she has her first –of many to come – baby.

Maybe in five, ten or fifteen years I will regret not having kids, but for right now I’m ok.

Why you should remain childless.

I could list a whole bunch of reasons why I choose to remain childless such as the flexibility in my lifestyle and the lack of financial commitment.  According to a recent article released by Go Banking Rates it costs approximately $250,000 to raise a child in the United States. That’s a lot of money.  I am sure that we can all think about a dozen other things that we would rather do with a quarter of a million dollars. I know that I could.

Now let’s hear from you.  Do you have kids? If so what is the best thing about having kids?  If you are like me and you choose to remain childless why did you make that choice?