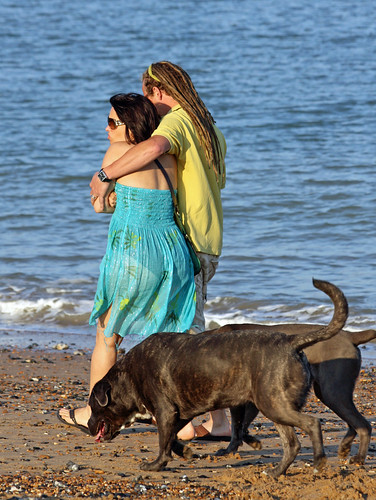 Good Morning DINKS.  Today we are discussing our DINK lifestyle.  Over this past summer I was interviewed by an NYU student named Lorena who was researching the DINK lifestyle.  She wrote an interesting article from the DINK point of view that included interviews with yours truly from DINKS Finance, as well as a couple from DINK Life.  The main view of the article was about how the DINK lifestyle differs from the lifestyle of families with kids.

In my opinion DINK couples are still a family, just because we don’t have kids doesn’t mean that my boyfriend and I aren’t a family unit.  I definitely also think that DINKS are discriminated against at work, in life, and by other couples with kids because DINKS live (what is perceived to be) a carefree lifestyle.  I don’t know about other DINKS couples but my lifestyle is definitely not carefree, it may be flexible, but it is not carefree.

If you are a DINK do you feel that you are treated differently because you don’t have kids? If you are a couple with kids and you are reading this blog, do you ever see childless couples in the grocery store or in a restaurant and wish that you were us?

I don’t feel that I am missing anything in my life by not having kids.  That is not to say that I may regret it later, but as for right now in my life…I am good without kids.  I would like to thank Lorena for reaching out to us here at DINKS for her research.  I would also like to thank DINK Life for collaborating with us on this project.

Here are some of my favourite parts of the DINK article.  It will be published in full on DINK Life in the weeks to come. We will keep you posted.  Have a great day DINKS!

Corey Jones and fiancé Katelyn Watson launched DINKlife.com on May 17, 2011 as a tool to help DINKs meet other DINKs. As of today the sites members are mainly from the United States and they have several visitors from the United Kingdom, Germany and Switzerland. The sites Facebook page has hit 447 likes.

There were no lifestyle products to support our lifestyle and no one was paying attention to this growing life stage” said Jones.  Jones explained that married or not married, heterosexual or homosexual, if you are living together, cohabitating and sharing expenses, then you are living the DINK lifestyle.

According to Jones the 80’s term Yuppies gave way to the DINK term today. Yuppies meant young upscale urban people living in the city, earning good money, wearing nice clothing and focused on career. Business marketers asked themselves what two Yuppies became when they married each other and they coined the term DINKs.

According to a USA Today analysis of the 2010 Census, the share of households with children dropped from 36 percent in 2000 to 33.5 percent in 2010. The 2008 study made by The National Marriage Project, Life Without Children: The Social Retreat from Children and How it is Changing America, established that from 1970 to 1990 the number of married couples who had children within the first three years of marriage dropped from 71 percent to 37 percent.

Katarina Simon is a Brazilian Photographer living in New Jersey.  She was bullied by a co-worker after having a 4-year relationship with her husband and choosing not to have children. “She would bully me daily trying to convince me to have kids and reprimanding my choices. People have to stop that because I am not trying to convince anyone not to, it’s my choice. People want to drag you into their misery” said Simon.