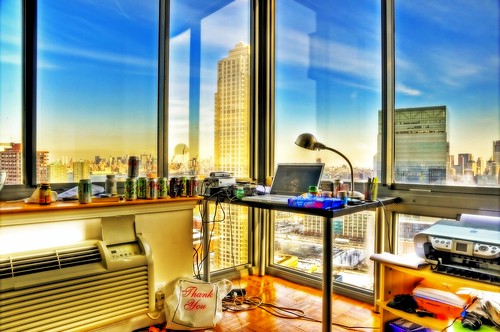 How many of us DINKS work in an office environment? I do, and there is nothing more than I hate than office politics.  Unfortunately, politics are a major part of our office lives.

It is said that a person must have a stable home life in order to have a successful work life. Is it possible that we can only make money if we are married? I would like you to think back to your single life before you became a DINK.  Were you more, or less successful than you are as a DINK?

Is being a DINK hurting your career and holding back financial opportunities?

Some people think that childless couples can dedicate more hours to their work week because they don’t have to rush home to fufill their family obligations.  Some people also think that  people without children may be able to contribute a larger effort into their overall career because they don’t have children to distract them. Yet somehow married people with children are considered more reliable in the workforce.

As a married or unmarried employee with no children, are you treated differently than your colleagues with kids?

It is difficult for me to understand this logic of thinking because I don’t have children.  However, I guess the logic behind this mentality is that a married woman with children needs more stability because she has her husband and family relying on her financially.  She can’t afford to take the risks that us single DINKS with no children can afford to take.  Are childless couples considered as the new office slacker?