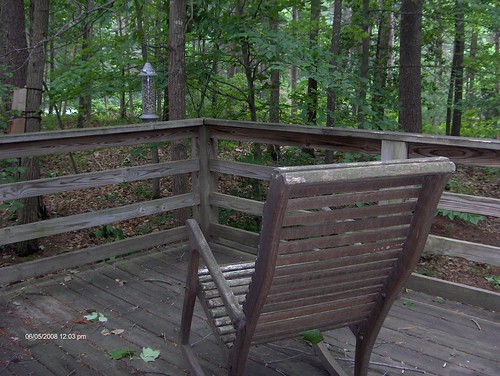 This is a Day in the Life of a Retiree

Jason, our Retiree, retired one year ago in July 2010 at 55 years old and 35 years of service with the same company.  Nowadays it may be less common for us to start a job in our twenties and build our career with the same company until retirement.  However, it was definitely not uncommon in the 70s and 80s.

Each company has a pension formula which determines the date on which its employees can retire.  Jason’s former employer allowed employees to retire with full pension benefits if their current age plus the number of years of service equalled 90.  At my bank the magic retirement number is also 90, there is also an option for early retirement with a reduced pension benefit starting at age 55.

Jason is not one of the baby boomers who are fortunate enough to retire mortgage free.  This is also one of his financial regrets.  Jason wishes that he would have planned better to pay off his mortgage in full by retirement, however with changing homes and refinancing the mortgage this just wasn’t possible. Jason is currently contemplating selling his home and moving into a smaller apartment where he would pay monthly rent.

Jason’s employer benefits such as medical and dental benefits continue until he reaches the age of 65, when the Government benefits start.  Jason also had the option to convert his group life insurance policy into a personal insurance policy.  He declined to make the change because Jason no longer feels the need to protect his assets (formerly his children and his home) in the event of his death.

The mentality of a Retiree is not accumulation of wealth.  As younger employees we always want to know how much we are saving, and we want to watch our savings grow.  Jason just wants to make sure there is enough money in his accounts to live comfortably every month; he wants a fixed income stream.  Jason does not save any of his monthly income, he spends every dollar right down to the last cent; Jason admits that this is a money mentality that he was not used to.  He says it is liberating not to have to care about money; he spends what he has and then he waits for his next pension payment to arrive.

Living on a fixed income has been an adjustment in Jason’s money mentality.  There is no longer the possibility of a supplementary income in the form of an annual bonus or the option to work overtime; this was a shock during Jason’s first year of retirement. However, he has learned to adjust.  Jason admits that retirement has been an adjustment in both his lifestyle as well as his money mentality, but he says it is a change worth getting used to.

Here are the other posts in our A Day in the Life series: