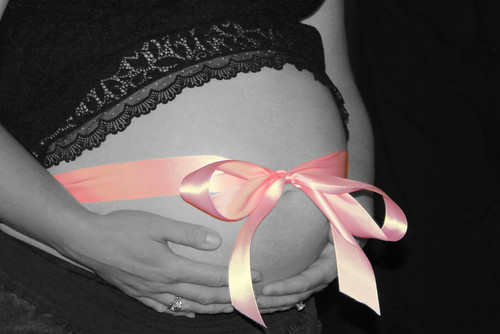 There is a new trend among young women who are unhappy at their jobs to get pregnant and go on maternity leave, rather than quit their job or transfer out of their current position.  Yesterday I was talking with my friend and co-worker who is extremely unhappy at our bank branch.  She has been working at our bank branch for 5 years and feels that the new management strategies are unfair to employees.  I asked her why doesn’t she just quit; with her experience and education she could easily find a new position with another financial institution.  My co worker replied “I don’t want to quit, I just want to get married and get pregnant.”

I had a former co-worker who was unhappy in her position but she was so valuable to our branch that the bank manager would not approve her transfer request.  So she got pregnant and went on a 12 month maternity leave.  However, the branch manager valued her so much as an employee that her position was only replaced temporarily during her maternity leave.  Upon her return from maternity leave she was placed back in the same position at the same branch.  She promptly applied for another job in a different bank branch, but once again her transfer request was declined.  4 months after returning to work from her first maternity leave my co-worker once again found herself pregnant and only months away from her 2nd maternity leave.  Hopefully the branch manager will be inconvenienced by her repeated leaves and this time she will replace her permanently.

If we are unhappy with our job, the odds are that our employer knows that we are unhappy too; or they at least they should have an idea. Employers can also change or eliminate our role while we are on maternity leave, since only our job level is guaranteed and not our specific position. This strategy is used by Employers who do not want us to return to the same position after maternity leave.  They change our current role in hopes that we may not want to come back to a different role. This ensures that the bad relationship stays broken and a fresh face (and attitude) is placed into our (former) position.

I am not sure if I want to have kids, and I admit that the strategy of having children to get out of a job that we hate seems a little bit dramatic.  However, if you are a person who wants kids, I guess that there is no time like the present.