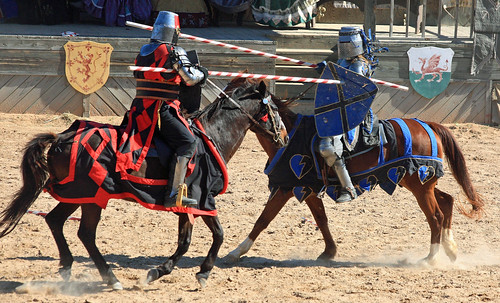 As DINKS we are all in a couple. It is said that the number one thing people argue about in their marriage is money.  I am here to say that ring or no ring, most couples whether they are married or not, argue about money. Most of the arguments that I have with my long time boyfriend Nick are about money or related to money.  We often argue about overspending as well as our different spending habits.  I enjoy travelling and Nick enjoys savings.  I enjoy going out and Nick enjoys staying home.  Nick enjoys attending live sporting events and I think it’s a waste of his money. However, he feels that spending $100 on LUSH cosmetics is a complete waste of my money.

We both love renting instead of buying a home or condo, but we disagree on our living location.  I enjoy paying expensive rent to live downtown and close to all amenities.  Nick feels that we could pay less rent and still live close to amenities in a neighbourhood outside of downtown.

If we moved away from downtown we would have to factor in the opportunity cost of added travel time to and from our offices, as well as the cost of a monthly public transportation pass.  Our lease is up in October and we have decided to renew for another year at our current apartment.  I say that we are renewing our apartment lease for another year instead of one more year because we have debated about leaving our expensive yet convenient apartment for the last 3 years.  However, we both hate moving.

What do you argue about in your DINKS couple?

MSN recently published an article titled The Top 10 Fights in Marriage.  Money was listed as number 10.  Keep reading to see if you argue about the same things as other couples.

The Fight about Replacing the Toilet Paper. I have to admit that there is nothing more frustrating than having to put the toilet seat down and replace the toilet paper every time I go to the bathroom.  I feel that my boyfriend doesn’t understand the expensive price of toilet paper, not to mention the hassle of carrying it home from the pharmacy.

The TV Time Fight. Nick and I actually have separate televisions, one in the living room and one in the bedroom.  We do have shows in common that we watch together, but having an extra television in the bedroom is definitely helpful.  I have a friend who would change the channel from NFL Football to Desperate Housewives every single Sunday night.  After two weeks of missing an hour of football every Sunday her husband bought her a brand new television. Remote control crisis converted.

The Vacation Planning Fight. I often travel with my family or friends because my boyfriend Nick does not share my passion for exploring new countries.

The Fight About Needing Some “Me Time”. I personally don’t think that couples should ever fight about needing some “me time”.  Just because we are married into a couple doesn’t mean that we stop being an individual.  Personal time is just as important as couples time.

The Fight Over Our Families. Deciding where to spend time during the holidays and other special occasions can be difficult when we are in a couple.  I believe that alternating is the best solution.

The Religion Fight. I believe that religious beliefs and traditional values are something that should be discussed prior to marriage, along with money values and views.

The “Work is Taking Over” Fight. A lot of couples also fight over time away from home and extra time spent at the office.  I know that a big part of my parents’ divorce was the fact that my Mother was putting in extra hours at the office while trying to advance her Upper Management Career and my Father disapproved.  The thing that couples have to remember is that our job is what brings in our money and pays our bills.