My sister attended a lecture, put on by Illahee.org, that addressed the issue of why Americans spend money. I thought our readers might be interested in some of the great work that Juliet Schor is doing in this field.

Call it shopping therapy, or the like, Juliet Schor looks at why American are the biggest consumers on the planet. Schor explores the nature of (over) consumption in her current work, and in

her best-selling books:
The Overworked American: The Unexpected Decline of Leisure;
The Overspent American: Why We Want What We Don’t Need; and
Born to Buy: The Commercialized Child and the New Consumer Culture.

Schor also points to an interesting factor that we tend to mimic how our peers and contemporaries are consuming. This means that if you make less than your colleagues and social networks, then you will likely overspend. Whether consciously of unconsciously we have a different awareness of what is considered as a ‘normal’ living standard.

However, if you make more than your cohort, then you are likely to spend less than those making the same amount of money but are associating with others in the same tax-bracket.

James and I happen to be a good example of this. Even living in an expensive city on one salary (plus stock generating income), we still don’t spend up to level that would be average for those making the same salary. It helps that we aren’t too cramped with our 600 sq ft and that we don’t like a lot of clutter, but I would also tend to think that it has something to do with the absence of social pressure to spend. To my knowledge I make more than anyone else in my social or familial network. Yet while back in DC I manage to avoid going to the mall but once or twice a year.

Food for thought in looking at your consumption habits.

Readers: We’d love to hear if you think that this tendency fits the patterns you see in your social networks. 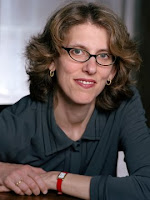 Dr. Juliet Schor is Professor of Sociology at Boston College. Before joining Boston College, she taught at Harvard University for 17 years, in the Department of Economics and the Committee on Degrees in Women’s Studies.

Check out Born to Buy at Powells.com