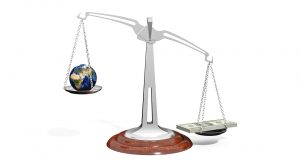 We live in a world where startup businesses open and close (or open and cash out) before we even get a chance to commit their name to memory. We sometimes forget about the historical examples of some of the world’s biggest companies coming to the brink of closing, before somehow managing to resurrect themselves and become profitable once more.

These are companies of titanic proportions, like Apple, General Motors or Starbucks, that were able to prevent closing by smart re-branding, strategic downscaling or another crafty business maneuver. If the old cliche about learning from history is correct, these moments should be carefully studied by any business, especially those on the verge of closing themselves. 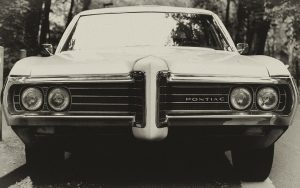 During the US recession in the late 2000s, one of the more infamous government bailouts landed in the lap of General Motors. A little over a year later, and GM was back to being profitable. How’d they do it? Smart cost-cutting and selling their inferior car brands.

With a new Marvel action film landing in theaters seemingly every weekend, it’s almost unfathomable to think of a time when they were down in the dumps, but that’s precisely where they were after the market for comics crashed in the mid-90s. Marvel radically shifted to focus on movies over comics and began pairing their iconic characters together in mash-up films within the “Marvel Universe.” They sold to Disney for $4 billion in 2009. 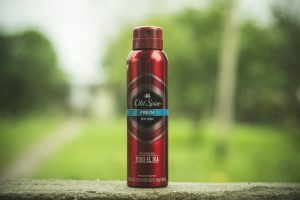 Facing absolute disaster, especially at the hands of younger and hipper deodorant brands like Axe, Old Spice decided to launch a whole new style of advertisements. Their TV advertisements suddenly revitalized the brand and brought in the younger crowd that the company desperately needed to attract to stay competitive.

In the video game industry, Nintendo reigned supreme from the 1980s until the early 2000s, when Sony and Microsoft became serious competitors with their Playstation and Xbox consoles. Nintendo tried to compete with the GameCube product, but it vastly underperformed against these newcomers.

Nintendo realized they couldn’t beat Sony and Microsoft at their own game. Instead, the gaming company went back to their Gameboy roots and created the DS and DS Lite handheld video game products, which were quickly followed up with the hyper-successful Nintendo Wii, which sold millions of units and brought the company back to life.

Remember when you could find a Starbucks on every corner? There’s still no short supply of Starbucks locations in the world, but their initial and rapid expansion got them in trouble. It damaged their brand image and hurt their ability to remain profitable.

Starbucks CEO Howard Schultz turned the company around by re-focusing the brand to focus on a higher end product that was geared towards working professionals.

In 2011, Netflix made a bold move by trying to split its business between unlimited streaming and mailed DVDs. They also hiked the price up from $10 to $16. The sudden news caused such a significant backlash that Netflix’s shares dropped from $300 to $65 and they lost almost a million subscribers. Before they lost any more business, Netflix quickly retracted their announcement and apologized to customers. It was only through their original content that Netflix was able to bring its streaming service back in the green. This goes to show you that sometimes the best thing you can do is just admit that you were wrong and beg for forgiveness. 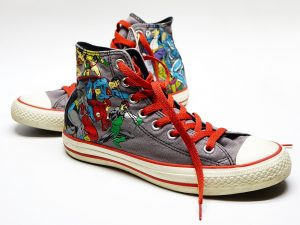 In the 1970s, Converse was the athletic shoe brand and a significant athletic fashion statement. When Nike and Adidas came onto the scene, however, they quickly toppled Converse. In 2001, Converse filed for bankruptcy. Yet, they managed to bounce back and become a respected brand once again. They shifted their attention away from athletics and found big promise in the punk rock movement. Instead of advertising through traditional means, they took great advantage of product placements in major motion pictures.

One of the oldest beer companies in America faced peril in the late 90s with low, stagnant sales that eventually hit an all-time low in 2001. After hiring a younger brand manager and taking a keen look at their market data, they found that their beer was successful with one demographic: younger drinkers what wanted a no-frills beer.

Since bottoming out, PBR has managed to increase sales by 165%. Similar to Converse, the beer company found big gains by advertising in non-traditional means, like sponsoring events that were popular with their new target audience.

One of the best examples of companies coming back from the dead has to be Apple. When you think about what a monumental success they are now, it is hard to imagine that in the 90s their status as a computer technology company was laughable by most consumers. No one was interested in Apple anything until Steve Jobs breathed new life into the brand by making big changes, like ending unprofitable projects and redirecting the company’s focus towards new areas, which ultimately generated high-selling products like the iPod.

If your business is on the brink of closing and you’re struggling with low sales and maintaining profitability, you aren’t alone. Many businesses face these same challenges, no matter how small or large they are. These examples from history demonstrate the bold risks you sometimes have to take to get out of that valley and climb to the peak.

So, don’t be afraid to leap, like applying for title loans in California for extra money to reinvest into the company, or shifting your focus entirely towards new areas of business or a new target audience. Whatever the case may be, don’t lose hope that you too can become a success once more.