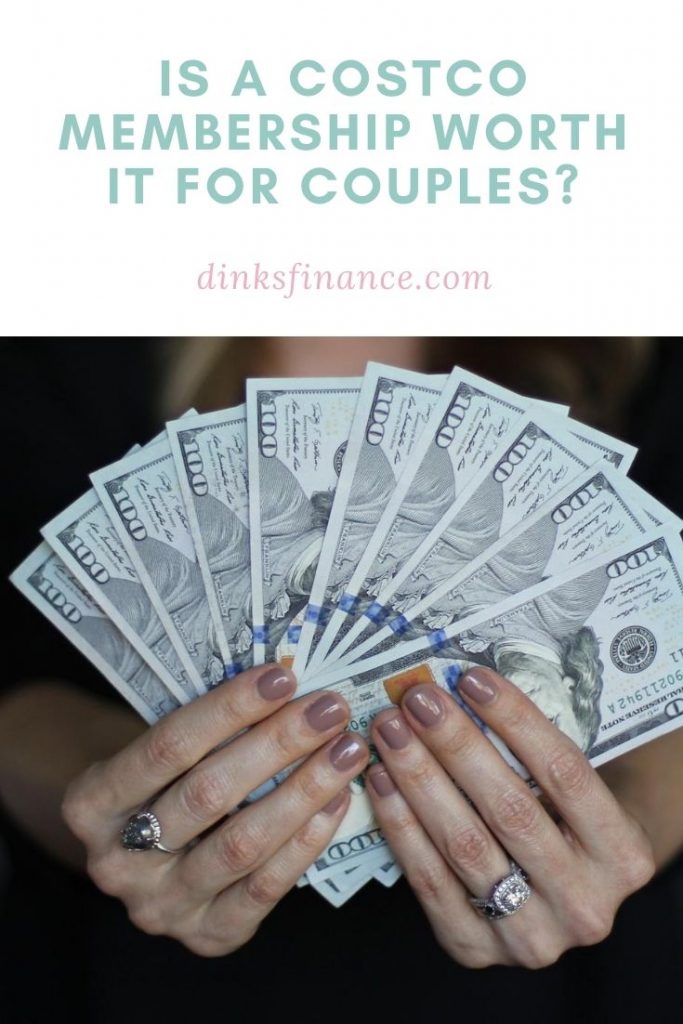 Because Costco buys in bulk and then sells their products in smaller bulk sizes for members, the prices are low, often much cheaper than you could find other places. There’s no doubt that having a Costco membership can save families a lot of money. But can it also save singles and couples money? Is a Costco membership worth it for couples?

Why Purchase a Costco Membership for Couples?

While there are many reasons families save at Costco such as bulk kids’ vitamins, snacks, milk, etc., there are just as many reasons why a Costco membership is a smart buy for couples.

Costco’s food is high quality and exceptionally priced.  If you find that the packages are just too large, you can always split with a friend.  My mom, who is single, splits her food purchases with her single friend, and they end up with just enough food each, while reaping Costco’s significant savings.

If you prefer organic produce, Costco’s prices can’t be beat.  You can buy organic lettuce in a six-pack for $5, which is much cheaper than the equivalent size in a grocery store.  (In my area a three-pack of organic lettuce is $4.49 at a local grocery store, while Costco’s six-pack is $4.99.)  These kinds of savings are found throughout the produce area.

You can shop once at Costco for dry goods and be stocked as a couple for six to twelve months.  That means fewer shopping trips and more time to enjoy your life.

First, if you have food intolerances or allergies, Costco is the place to be with allergen-friendly food.  My initial reason to get a Costco membership years ago was because we needed to buy almond milk since we had a cow’s milk intolerance.  Almond milk at the traditional grocery store is so expensive, but not at Costco.  We also can’t eat gluten and find a decent size selection of gluten-free items, all at a significant savings.

Second, Costco also offers specialty diet foods.  If you are Paleo, you’ll be impressed with the large selection of Paleo bars, jerkies, and meats available.

Lastly, especially at Christmas, Costco has many decadent treats packaged in tins.  These are perfect for parties, gift giving, or enjoying yourself.

Even if you’re not going to buy many groceries at Costco (though I don’t know why you wouldn’t) a Costco membership will pay for itself in a variety of other ways.

Costco has an extensive collection of alcohol that expands significantly around Christmas and New Year’s.  In fact, I often see some shoppers buying only a cart of alcohol because the savings are substantial.

My husband likes Four Peaks Kilt Lifter beer.  I can buy a box of 24 bottles at Costco for $24.99.  At my local grocery store, buying two 12 packs would cost me $29.98.  Costco also has many hard liquors, which is what I see people buying most often.

If you use rental cars for travel for work or for vacation, Costco offers a significant discount.  When you book your car, simply do it through Costco’s website.  You can compare prices between each of the four car rental companies—Alamo, Avis, Budget, and Enterprise—and choose the one with the best price.

I love Costco’s gift cards, and these are a perfect purchase for busy DINKs who like to eat out.  Most of Costco’s gift cards are valued at $100, but you only pay $79.99.  If, over the course of a year, you buy $300 worth of gift cards, your savings would have covered your basic Costco membership.  That’s not including all the other ways you may save at Costco.

Even if you don’t make food or entertainment purchases from Costco, you can still recoup the cost of your yearly membership with the necessities of life.

I only buy my laptops at Costco now.  Sure, they have a great price on electronics, but I buy there because of their extended warranty.

The manufacturer gives a one-year warranty on laptops, but Costco extends that out for a second year.  If your laptop breaks or you have a problem with it, simply call Costco’s concierge service, and they will help you.  They’ll trouble shoot over the phone to fix the problem, and if that doesn’t work, you can send it in for repair.  If it’s under the manufacturer’s warranty, Costco works as the liaison between the manufacturer and you.  If it’s under Costco’s warranty, Costco will fix it.  Their service can’t be beat!

You may dismiss a Costco membership for couples because you think bulk food purchases are too big for two.  I hope my experience has helped you reconsider.  There are so many ways couples can utilize and save at Costco, that a basic membership will more than pay for itself over the course of a year.