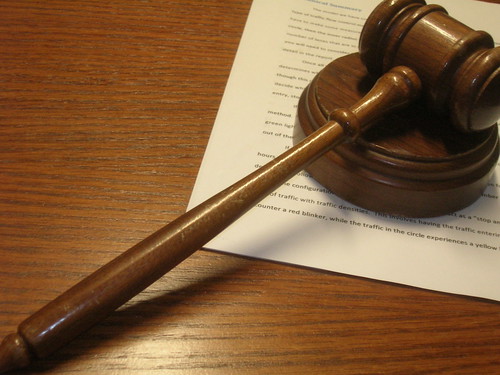 Good morning Dinks.  Last week I was really sick.  I was flat out in bed for five days and I couldn’t even roll over because it made me want to be sick.  I couldn’t do much except watch a lot of TV and a lot of Netflix.  I have a personal confession.  I am really addicted to judge shows.

You know I am a big fan of reality TV shows and judge shows are no different.  My two favorites are Judge Judy and The People’s Court.  I could watch Judge Marilyn Milian all day every day.  She’s feisty and she always tells it like it is.  You can’t hate on her because she gives her rulings in such a nice, pretty way you actually believe she’s being helpful.

Financial advice from Judge Marilyn Milian on The People’s Court

1. Always have proof.  If you have been overcharged for a purchase and want a refund you need to have proof.  Just because the defendant is lying it doesn’t mean the plaintiff has a right to get their money back.  We always need to have proof if we want something.  I see people walk into The People’s Court with nothing; no documents, no folders, no text messages and no photos.  If you want money you need proof that you were at a loss.

3. Keep your dog on a leash.  Last week I saw three cases where plaintiffs were suing their neighbors because they were bitten by their dog.  If you don’t have health insurance a simple dog bite can add up to over $1000 in medical bills.  Who knew?  My boyfriend Nick and I don’t have pets because he feels having a dog costs a lot of money.  And he’s right.  He was referring to the food, grooming and general maintenance of having a dog.  I’m sure he never considered the fact that we may be sued because we let our dog off the leash.

4. You are held responsible for your actions when you are drunk.  I can’t even count the number of times someone came in to The People’s Court and said they weren’t responsible for their actions because they were drunk.  If my stomach wasn’t so uneasy I would have been laughing.  Judge Marilyn Milian has zero tolerance for drunken nights.  We have to understand even if we are intoxicated we should still be accountable for our actions.