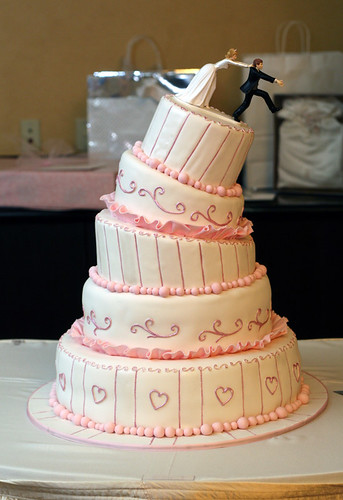 Till Debt Do Us Part is a TV series with money coach Gail Vaz Oxlade that chronicles the lives of couples who are drowning in debt.  If couples successfully complete financial tasks they will earn $5000 towards paying down their debt. Couples will learn to have a positive attitude towards money as Gail Vaz Oxlade gives them a financial makeover.

People get into debt over dumb purchases and excessive spending on things they want but do not need. Gail Vaz Oxlade helps couples realize that their relationship is more important than their money.  Couples often argue about money and even break up over money.  Gail Vaz Oxlade comes in to save the couple’s relationship and get their finances in order.

A recent episode of Till Debt Do Us Part featured Mark and Jeanna who are on the verge of breaking up over Mark’s personal spending habits. Mark makes $40,000 a year and Jeanna earns $50,000 per year. Mark loves his man toys and Jeanna loves to be pampered.  He buys camping equipment and she frequently visits the hair and nail salon. Mark spends the couple’s money on his personal needs, so to get even so does Jeanna. It’s a classic case of He Spends, She Spends.

Before they met Jeanna was debt free and Mark had $18,000 of debt.  Now only a couple years later the couple is $29,000 in debt.  If they continue spending money that they don’t have Gail Vaz Oxlade estimates that the couple will have $400,000 of debt in only 5 years.  The couple says that their biggest financial mistake was buying their $229,000 condo.

Mark and Jeanna blame each other for their debt.  Jeanna agrees that she would be financially better off without Mark, but she doesn’t want to be without him.  Gail Vaz Oxlade asked them if their relationship was worth their debt. Mark and Jeanna focus on what they don’t have instead of what they do have.  Gail advised the couple that they should see their condo as an investment and not as a financial mistake.

Jeanna and Mark are talking about getting married and talking about breaking up at the same time.  They definitely lack communication in their relationship. Gail advised the couple that they jumped into a lot of big financial decisions without talking about them before hand.  This leads to regret and arguments.  Jeanna wants a wedding but Mark wants to buy camping gear.

Every single month the couple makes several financial mistakes such as taking cash advances on their credit cards and spending excessively on electronics, hardware, and in beauty salons. As a couple they perform 150 transactions per month, and they are overspending by $1500 per month, which they are accumulating in debt.

Get Your Finances In Order with Gail Vaz Oxlade.

Till Debt Do Us Part Financial Missions: