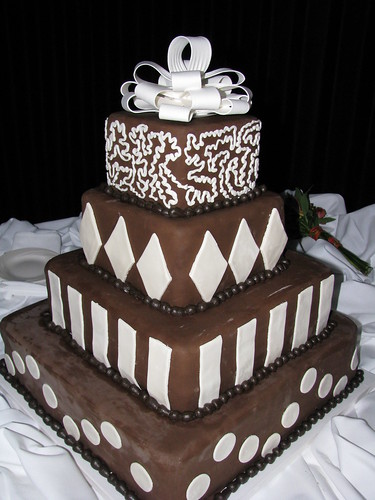 As you know, I am not married to my long term boyfriend Nick.

I am trying to emphasize the good reasons for getting married, but it seems that Nick always has a rebuttal. One of the major reasons why Nick is not pro marriage is because he feels the price of a wedding is an unnecessary cost.

I decided to do some research on the actual cost of wedding and determine if the party is really worth the price. I guess that a wedding is viewed differently by everyone. Some people travel for a destination wedding, some people have the ceremony and party at their home, and some other people rent a hall, and opt for a more traditional church wedding.

My wedding (if it happens) is going to be champagne themed with red roses.  My bridesmaids will be my friends Tricia and Yolanda. My younger sister Tara will be the maid of honour, and our wedding song will be “We Belong Together” by Mariah Carey.  Now all I need is the groom.

My friend Cynthia had a traditional Italian church wedding with an extravagant reception. The alcohol never stopped flowing and the plates were never empty.  She spent approximately $40,000 on her wedding. I asked if she was in debt after her wedding and she responded “Debt? I’m Italian! I could write a whole blog about that if you want.”

Cynthia’s most expensive cost was the $25,000 for the reception, which included international appetizers, open bar, and unlimited deserts, along with a midnight buffet.  It was a night of great music and a lot of fun.  Cynthia’s second biggest expense was her three week honeymoon in Europe.  She says it was definitely worth the cost.

Anita is another one of my friends who recently got married to the man of her dreams.  Anita had an engagement party at a hall in February, and she got married in June. I am sure both parties were a major expense. Our weddings are one of the major expenses during our lifetime, second to our homes.  Our weddings could cost more than our car.  Our wedding is a very important financial decision because it is the first major expense as a couple.

Anita’s biggest expense was also the hall. Her wedding pictures and video were the next biggest expense, followed quickly by the cost of the limos. “I haggled a lot (with the merchants). You know you have to do that.” Anita confirms that the wedding was worth every penny. The trick is to use your head and not your heart. Anita advises brides to be not to get carried away. “Simple is the best.”

My cousin is getting married next year and his bride to be is currently planning their wedding. Shannon (the bride) has a $10,000 budget and she hopes she can stick to it. Originally Shannon had planned for a simple $2000 wedding, but when she found her dream dress for almost half of that cost, she had to quickly rework her budget.  Shannon is not willing to be in debt over a wedding. So, when her mother offered to contribute a portion of money towards the budget she picked a date and booked a venue.  Shannon is convinced that the cost will be worth the wedding and if it’s not she won’t be disappointed. She “want(s) the big day.”

Was your wedding worth the cost?