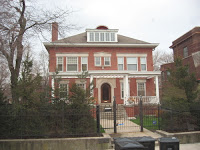 I’m mad busy this afternoon, but wanted to draw your attention to an opinion piece by by Ricard Lee at the NY Daily News. In it he has a moderately clever analysis of President Obama’s finances before he became president. The results of the analysis suggests that Obama’s wealth was largely funded by drawing on home equity before the President was elected to the U.S. Senate.

The open question is what it means that Obama drew on his home equity. Lee argues it means that the president was a debt addicted spend-a-holic. However, if you ask me, it just suggest that Barack and Michelle were basically average upper class Americans. Could he have found better ways to find his income stream? Or could he have spent more time and effort building wealth with what he had? Of course, but couldn’t we all?